Is there a successful startup that has outsourced its MVP? - Redvike

Is there a successful startup that has outsourced its MVP?

Is there a successful startup that has outsourced its MVP?

Outsourcing is based on delegating part of the project to other companies or individuals who have knowledge in the needed area. This kind of sharing responsibilities is proved to be a win-win strategy during the development of huge projects but also it is recommended for smaller companies who have just entered the market and need some support. Just like startups. Below you’ll see how many of them owe their success to using outsourcing during startup mvp development. The method was also explained in one of our previous articles – How to choose the right outsourcing company.

Do you remember the MVP concept?

The Minimum Viable Product is the first version of your product which includes just the basic but crucial functionalities and still gains in the eyes of customers. It’s good to start with something so simple to see if the idea itself has a chance to generate money. If you want to learn more, read what’s an MVP. Now when we decoded all of the difficult words, let’s focus on the startups that outsourced their MVP development and succeeded.

It appears that the world’s biggest marketplace wouldn’t be available if not a team of specialized developers from the U.S. It may sound odd but the Chinese company (the owner of Alibaba) decided to outsource their project to programmers in America since the Chinese market lacked skills needed to compete with tech giants like eBay. Moreover, it was a strategy needed to reach bilingual audience too. Times were different and the idea was born in a country of very restrictive laws regarding Internet freedom. When Jack Ma, the founder of Alibaba was first using the Internet he couldn’t find any general information about his country. That just made him more motivated to create the website. Using the offshore support in the web development the Alibaba surpassed eBay in China and has market value of $480,8 billion.

Once again we mention Slack as one of the good examples. Here the story is simple. What was needed was the redesign. First, the company collaborated with MetaLab and after 6 weeks was provided with the logo, web and mobile apps but also the marketing site. It’s crazy how in such a short period of time you can change a prototype into a real product. Not to mention the fact, that their commercial (which you can watch here) was made in the next collaboration with Sandwich videos. However, Ueno was responsible for the company’s another redesign. Slack’s business model is something you should definitely make friends with. Last year the app was valued at $7,1 billion but this year Slack is getting closer to $10 billion. Using outsourcing the founder retained 100% ownership of the brand and saved the money he could’ve spent on full-time employees.

Even though anyone in IT industry always takes Google as an example. In 1998 Google was a small startup and included only 60 people. The number was growing year by year to finally in 2018 reach the number of 98 771 full-time employees. Today the company is worth over $110,8 billion and is the most visited multi-platform website in the U.S. Most famous move was when they outsourced phone and email support for AdWords. This way they built the organization capable of addressing phone calls from 60 countries around the world. The customer service employees alone are over 1000 people. Google was using outsourcing during its baby steps and currently also chooses this type of work

SeatGeek is the largest tickets search engine and was founded by two friends who have always supported the idea of dividing the work. Having the launching of product date approaching fast they decided to outsource the building of their website and the database structure. Even today, the company relies on many contractors located worldwide.

Another example would be AppSumo. It’s a software deal marketplace that releases 3 new offers every week creating an online store for entrepreneurs. In the beginning, the startup invested about $50 to start collecting payments through PayPal. By outsourcing the building of PayPal integration to a remote developer they saved time and money. A few weeks later they were fully ready to launch the product.

And how about that?

It’s not a surprise that many companies rely on outsourcing to this day. Startup mvp development is a process that defines the future of a company. That’s why it’s better to join forces and deliver it with the help of experts in the IT field.

All of the above examples show that the strategy saves time, money and helps faster deliver high quality products. It can also test the company when it comes to its level of communication. The method has one additional advantage. When the project involves higher skills to be finished successfully you don’t need to invest in any special courses for your employees. You can simply find software developers experienced in the technology you need and start a collaboration with them.

The whole process is like a birthday party, starting at 7 p.m while at 2 p.m all you have is the plan. Using outsourcing you can delegate tasks so to make the event happens on time. That is how without the loss of quality you achieve the desired goal. 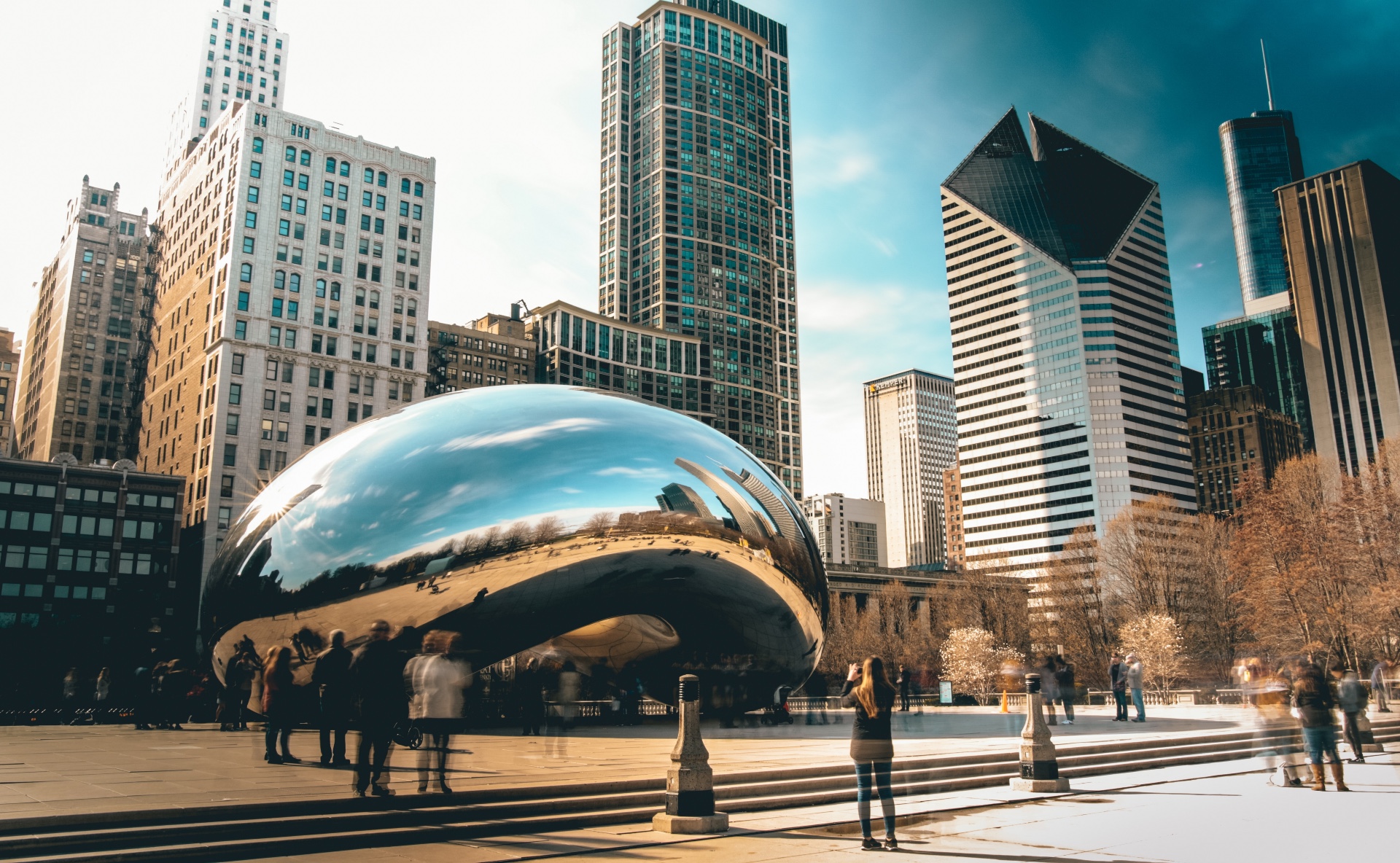 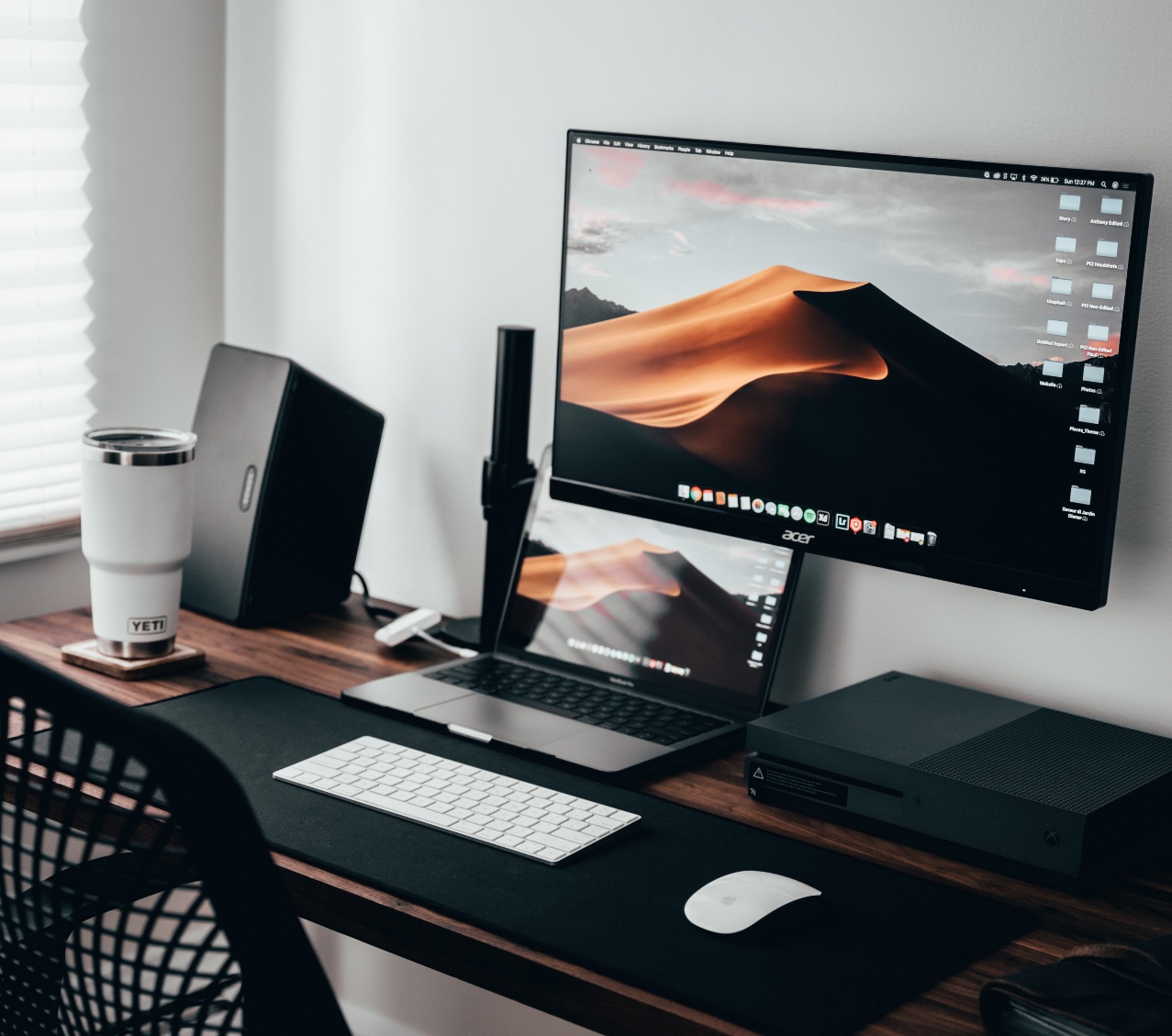 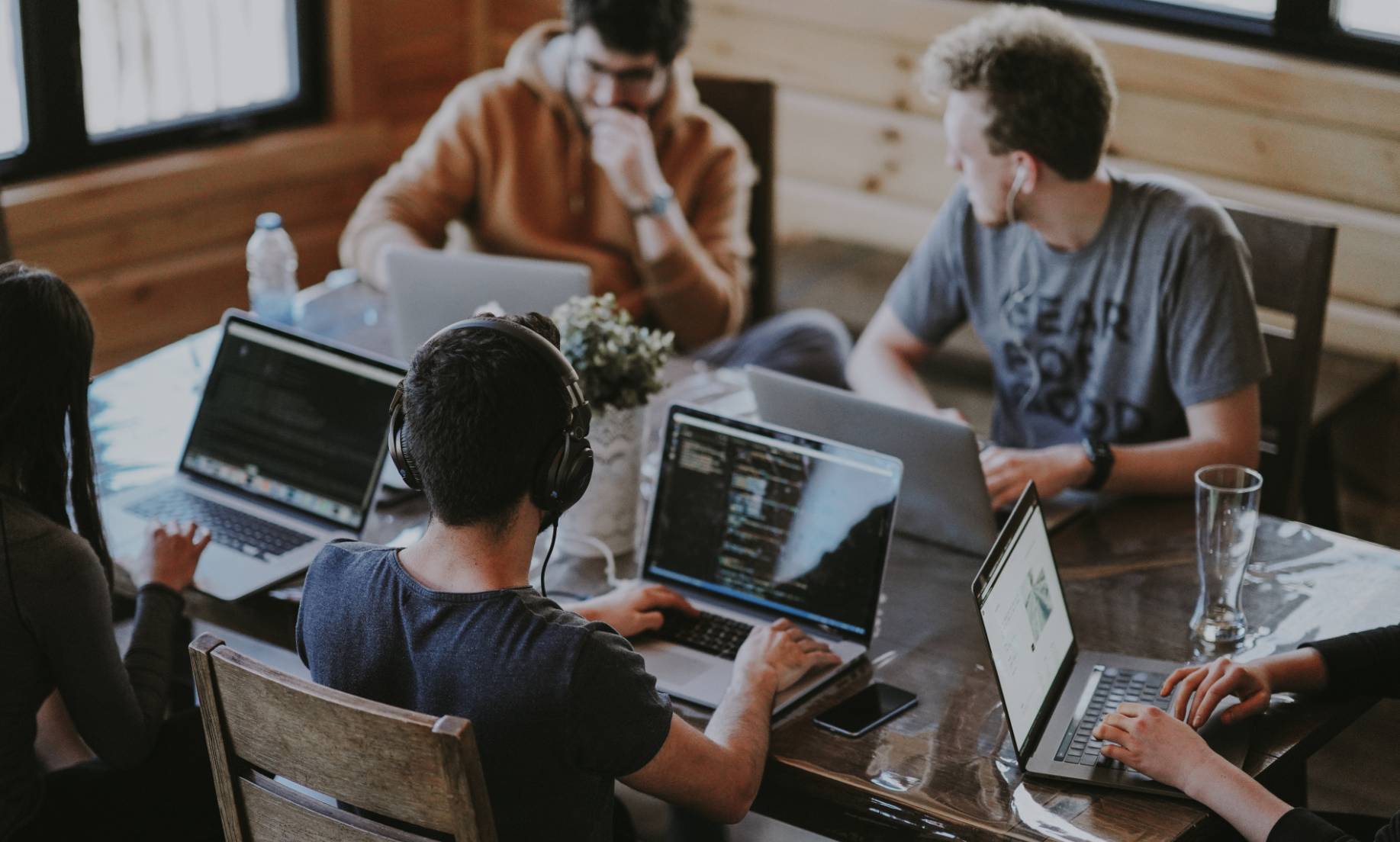 Chicago, The city that works, has a special place in our hearts. Not only a great travel destination but also it’s a city with high potential when it comes to innovation! It’s here where our team successfully delivered many web and mobile app development projects. Here we also met and enter into a partnership with […]

What it’s like to develop apps for partners in Chicago

Chicago, The city that works, has a special place in our hearts. Not only a great travel destination but also it’s a city with high potential when it comes to innovation! It’s here where our team successfully delivered many web and mobile app development projects. Here we also met and enter into a partnership with […]

Firebase services – How to prepare for business scaling?

When you’re slowly reaching the scaling phase, you want to optimize the vast majority of processes and decrease overall operational costs. We’ve talked about it in the article on how to scale a startup business. A good way to optimize your costs is to invest in easy and cheap to maintain solutions – like Firebase. […]

How should you choose your software house?

There are enough software development agencies on the market among which one can choose their business partner. At the same time, the decision making part gets tougher. Whether you’re an experienced IT-related businessman or you have no interest in this subject, choosing your software house is an important step in the delivery of your app. […] 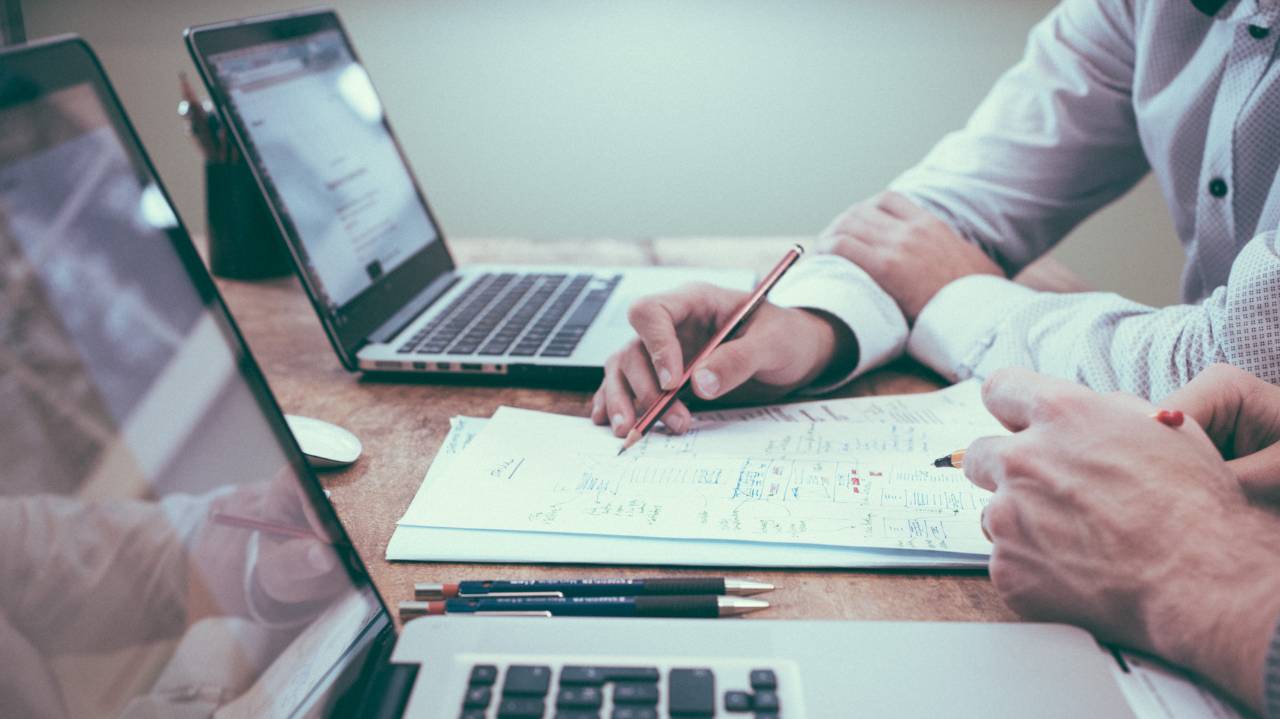 In today’s society, a big part of the industry relies on the IT sector. Companies wanting to expand the business reach out to specialists to build a website or an app, increasing their range. Outsourcing has become so popular that it’s the first thing that pops up in your head when you need something, you […] 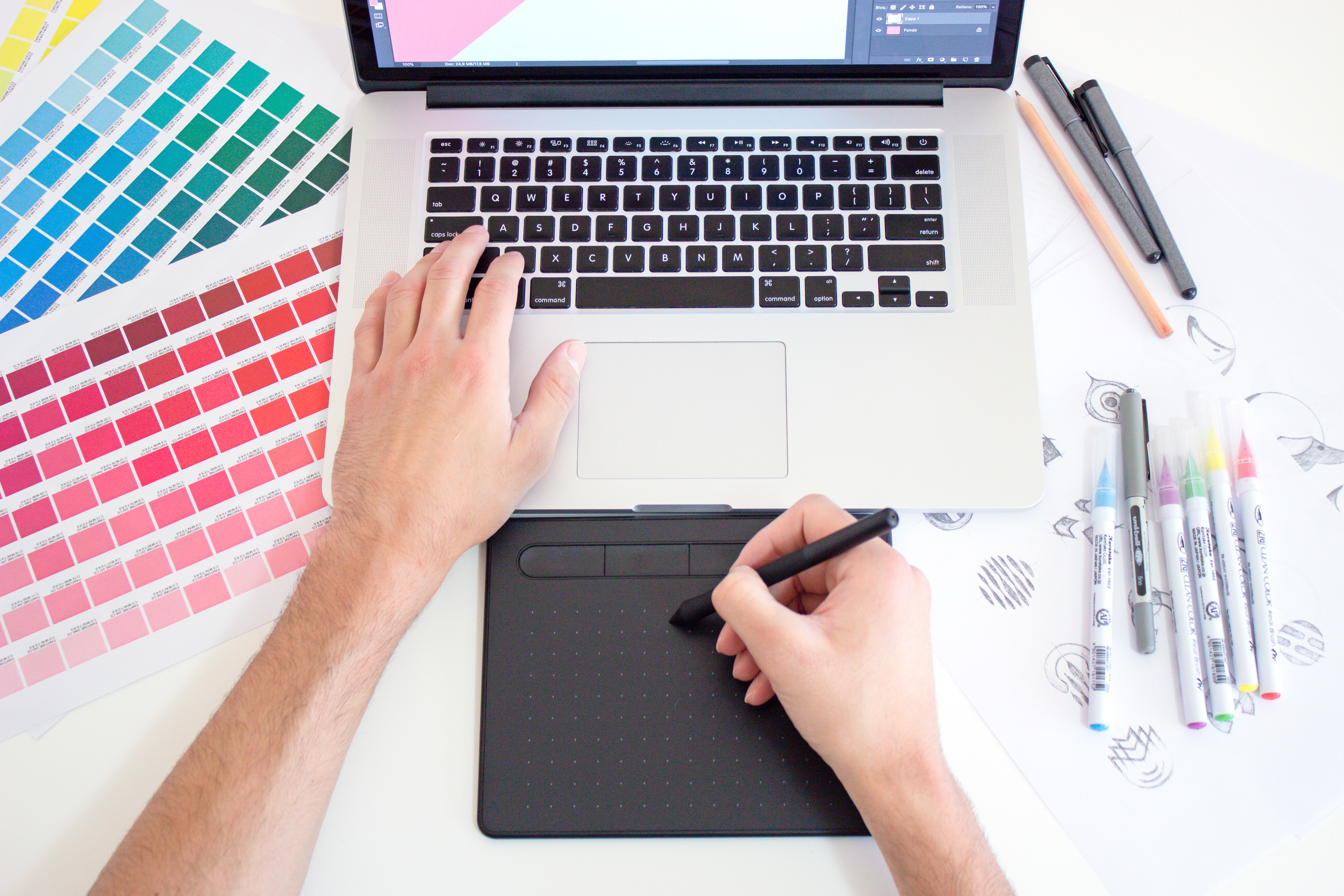 Creating a product you need expertise from many different fields. You won’t build an app without a plan and you won’t write code if you don’t know what should be the outcome. Those two disciplines cross with each other when it comes to working on a project. It’s when designers and programmers should combine forces […]